The Stunning atmospheric photography of  Ellie Davies, is forest photography with a twist, Each series of images taken from around the UK forests have had something added, sometimes subtly, other times, not.
Each of the following images is just one from that titled series. I strongly recommend reading the artists statements to truly immerse yourself in what the artist has envisaged.


Another Green World  addresses a common sense of alienation from the natural world, exploring and challenging our assumptions that we know and have conquered the landscape.  It is about discovering something unidentified and peculiar; revisiting the possibilities of early explorers and trying to experience the landscape with an open-mindedness wrought from the potential to find something new and unexpected, to recapture the excitement and awe of the pioneers, botanists, scientists and naturalists to whom all possibilities were open.
Using shapes inspired by insect eggs, shells, oceanic diatoms, sea anemones and corals, each ‘form’ is made from materials drawn from the surrounding area – like the cadis fly lava that builds an armoured case to protect and house itself - these forms are disguised or distinguished using seaweeds, river weed, moss, mares tail, bracken, heather, lichen, chalk dust and leaf litter.

Between The Trees  These images explore the nature and meaning of ‘Forest’ by considering the experience of standing alone in the woods; the eerie and captivating sensation that time has slowed down and that the forest and everything within it exists in a different state.  Somehow set apart from our usual perception of linear time the wind drops, the air cools, all is quiet and still and the forest draws in.  To enter this other place is to accept a slowing of time and a shift in perception.
The swirling, hanging and drifting smoke allows us to observe time moving at an almost imperceptible pace, and to focus on the interior space that is very much part of the forest, guiding the eye away from the trees and allowing it to linger on this ‘betweenness’.  Suspended and still, the smoke fills the spaces between the trees reflecting this physical experience: the palpable and brooding cognisance of the forest, the muffled and flattened sound, the prickling sense of heightened awareness.  The mist fills the gaps to draw us into the spaces between.

Knit One, Pearl One.  These images explore the artist’s own relationship with the landscape.   By becoming actively involved with the forest space, by inscribing on it and weaving into it she builds a personal experience and interaction with the space.  The wool marks a trajectory, a slow delicate interlacing of branches and twigs woven and linked together to form a line of movement, a trace of a figure passing through, a record of an interaction like an ephemeral self-portrait.   The wool weaves, sews, threads and connects the artist tangibly to the landscape for a short time, catching and locating her within it.

The process of ‘making’ in these images and the craft material used reflects upon the ‘constructed’ nature of landscape and explores the boundaries between the natural and the cultural, this ‘shaped perception’, asking whether we can ever access the natural world on its own terms.

Come with Me  was made in the New Forest in the South of England, where Davies grew up.  Each piece is constructed within the forest, and the physicality and labour of the making process is central to the work.  The introduction of artificial materials to the woodland floor reflects the ‘constructed’ nature of landscape, with particular reference to the long tradition of landscape painting and its role in the creation of meaning and myth making.   The pathways are made from materials such as paint, powder, wool and paper which reference traditional craft processes.  Each piece follows the most natural line of movement through the space tracing animal paths, the sweep of the eye, or the curve of the land. The process of making is spontaneous and solitary.
Stars.  Today the majority of people live in urban or semi-urban environments, experiencing the landscape from a distanced position mediated through various media and technology.  From this viewpoint the notion of the landscape in all its sensuous materiality, our being within it rather than outside it, seems beyond reach.
Stars, 2014 addresses this distancing by drawing the viewer right into the heart of a forest which still holds mystery, and offers the potential for discovery and exploration.  The series considers the fragility of our relationship with the natural world, and the temporal and finite nature of landscape as a human construct.
Mature and ancient forest landscapes are interposed with images of the Milky Way, Omega Centauri, the Norma Galaxy and Embryonic stars in the Nebula NGC 346 captured by the Hubble Telescope.   Each image links forest landscapes with the intangible and unknown universe creating a juxtaposition that reflects my personal experiences of the forest; its physicality and tactility set against a profound and fundamental otherness, an alienation that separates us from a truly immersive relationship with the natural world.
Smoke and Mirrors.  This series is made in remote areas of The New Forest and Dartmoor, far from pathways and seldom visited by the public.  Venturing deeper inside the tree-line the wind and the temperature drop as the visitor is drawn inside the seductive forest interior.  From an early age the notion of the forest is given a sinister and threatening personality in the form of fairy tales and children’s stories, stepping inside the dense forest feels like entering another world.  These sensory experiences often lead to the forest being user as metaphor; the wild and impenetrable has long symbolized the dark, hidden world of the unconscious.
Ongoing debates surrounding landscape examine the consequences of conceiving of landscape as beautiful.  These constructions obscure the reality of the land, veiling it, transforming the natural world into an idealization.  The golden trees in the Smoke and Mirrors series sparkle with a seductive opulent sheen alluding to this construction, whilst also evoking a sense of the fairytale.   These fantasy trees reference these fictions which persist in spite of any conscious knowledge about the material, social or political status of landscapes, to create ‘rural myth’ and romanticism, obscuring an understanding of the land as threatened and exploited, dangerous and unknown.
The Dwellings.  The creation of each Dwelling illicits a childhood pleasure in building and making. The process ties the artist to the structure with a familiarity derived from being its creator, and brings with it a sense of ownership and territory; but this relationship is short-lived.
After a period of time each structure is revisited and photographed.  The Dwellings take on their own personal identity, presence and potential, becoming inexplicably transformed into something independent from the creator, perhaps lonely, sometimes melancholy, and alien to the maker.  Each has existed in the woods over a prolonged period of time, evading destruction, remaining in wait, possibly used by others.  While some still seem newly made, others have begun to disintegrate and loose their form and function, the delineation between the structure and the woodland beginning to blur. Any sense of ownership ceases to exist when construction of the Dwelling is completed; it then becomes part of the forest, and an entity in its own right.  During the period of absence it is transformed into a shrine or totem of a past activity, and in doing so takes on a subtly threatening otherness in its vacancy; a persona that is both disturbing and intriguing to its creator.

To view Ellie's work in it's entirety head over to her web site here:  http://www.elliedavies.co.uk/

BIOGRAPHY
Ellie Davies (Born 1976) lives in London and works in the woods and forests of the UK.  She gained her MA in Photography from London College of Communication in 2008.
Her work is held in private collections in the UK, the US, Central and Eastern Europe, South Korea, Hong Kong, Russia and The United Arab Emirates.  WUD: Four Fictional Walks in the Woods has been added to the collections of the National Art Library at the Victoria and Albert Museum in London, The Library Project Bookshop, Dublin, The Glasgow School of Art Library, and is stocked in Foyles London.
Current exhibitions:
A. Galerie Paris is showing her work in Outside, a group show which runs from 29 January 2015 until 21 March.  The show will then travel to Art Paris, and later in the year to A.Galerie Brussels.

Source:
http://www.elliedavies.co.uk/
Posted by WeirdWood at 15:19

Labels: Another Green World, Between The Trees, Come with Me, Ellie Davies, Forest photography, Knit One, Pearl One, photography, Smoke and Mirrors, Stars, The Dwellings

Slices of Tree Trunk Played on a Record Player

'Helping Hand' and the 'Wonky Conker'

The Swimmer by Stephanie Rocknak

The Xylothek - A Wooden Library

What's Inside this Box ? 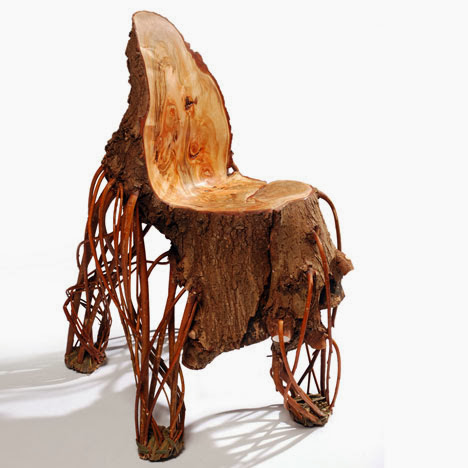 Giuseppe Penone: The Hidden Life Within 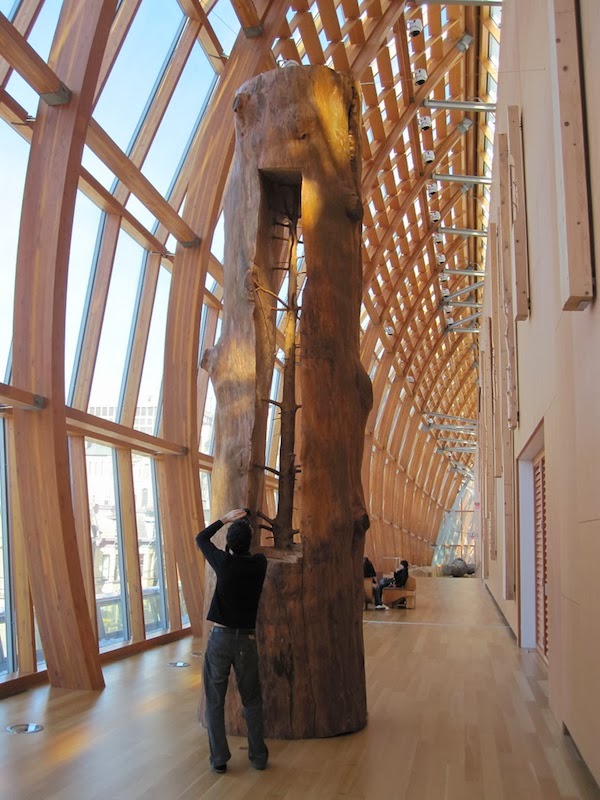 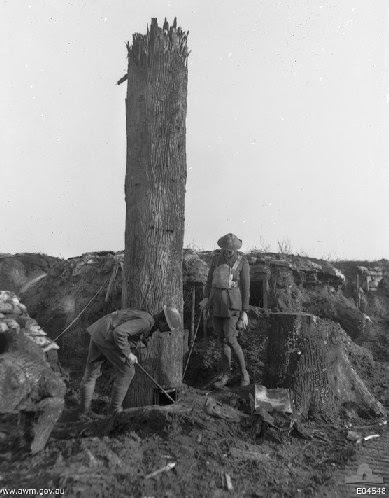 Subscribe to our email newsletter & receive updates to your inbox.

Start Your Own On-line Boutique